Ty and I have gone to school with each other since 7th grade. I moved to Arizona in 7th grade, this is where I first heard of him. I never met Ty during middle school though because while I was always doing school work he was in the principals office! He was a bad boy. We eventually went to the same high school and there is where I finally met Ty! Sadly it was on my last day at the same high school when I met him.

I was waiting by the tennis courts for my parents. When he and his friend showed up. Ty never spoke to me though :/ The whole time it was his friend trying to tell me how great Ty was and how I should date him! Apparently Ty knew who I was and had a crush on me! This is where it all began. After they walked away Ty told his friend, "I'm going to marry her someday." Funny because he never really said a word to me! lol

After I transferred high schools I began talking to Ty over Myspace. After a couple months, that faded. But at my new high school I met his cousin Shawna (What are the odds). She invited me over for family events and this is where Ty and I reconnected if only for a short while!

We finally connected for good my junior year of high school, I asked him to prom he said yes! But sadly he couldn't make it. We had our first kiss April 28, 2009 the day he finally asked me to be his girlfriend. The next month he left for Basic Training. We wrote letters back and forth until he came home! I couldn't wait to be in his arms, even though the boy I had grown to love was only through letters I felt whole once he was home. October 28, 2009 he asked me to marry him. 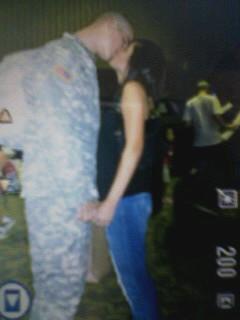 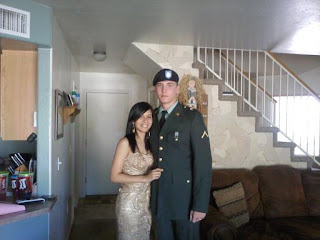 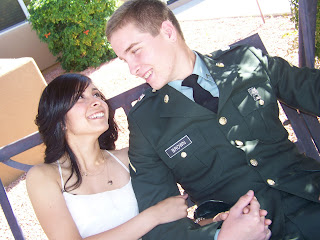 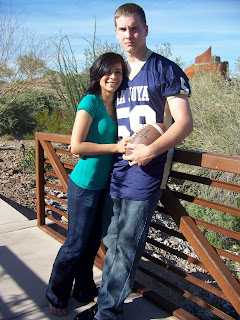 We spent all of our senior year spending time together, figuring ourselves out and what our relationship meant. Then summer came and it was time to say "see you later" again. I was off to college and he was off to training. While he was away I planned a wedding, went to school full-time and worked part-time. I can't imagine my year any different. We were married March 12, 2011 <3 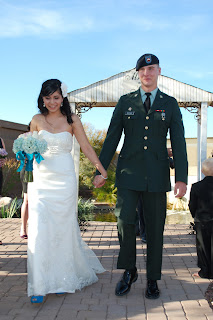 And it's only the beginning of the rest of our lives...